Pennies allows you to give your small change a big purpose – by donating a few pence to charity when paying by card.

A digital upgrade of the traditional charity box, Pennies is designed to fit with our increasingly cashless lifestyles.

During 2017's Remembrance period, Adnams Brewery teamed up with Pennies to offer customers the chance to donate to RBL in their stores. Customers were given the option to donate to us while using chip and pin card machines.

The partnership raised over £13,000 for the Royal British Legion, which allows us to continue to support the Armed Forces community and their families in a variety of ways. In November 2018 customers at 11 Notcutts Garden Centres nationwide have helped to raise almost £5,500 for the Royal British Legion during a fundraising campaign in November 2018.

Pennies has donated millions to various charities over the years. Every penny you give goes to charity: 90% goes to The Royal British Legion and 10% goes to Pennies. 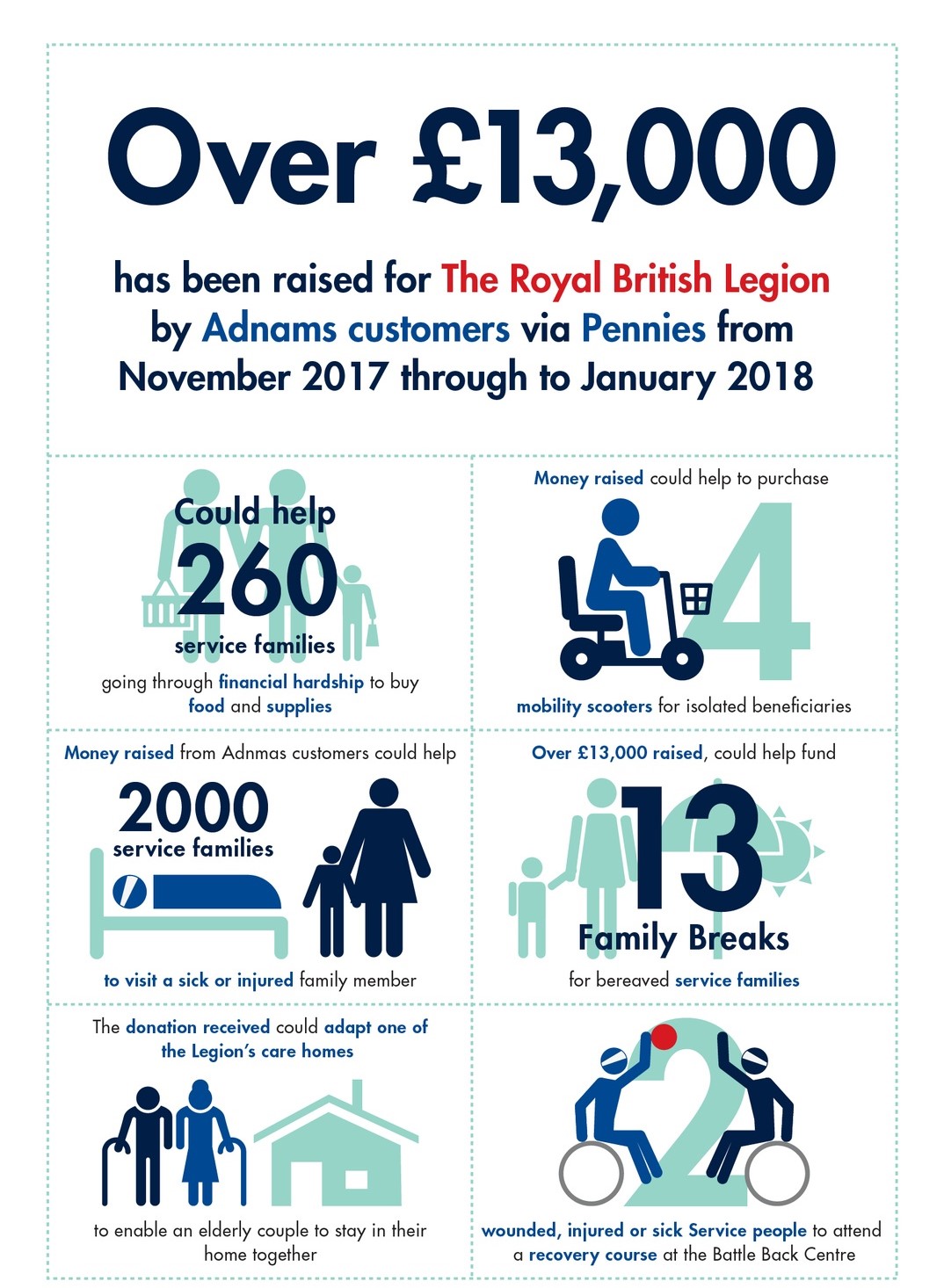 Since 2015 a team at the Centre for Blast Injury Studies has been investigating hearing loss amongst veterans, and possible remedies. Spending time away together

Getting home to see the kids can be difficult for any working parent, even more so when you’re a Troop Sergeant in the British Army, like in Melissa's case. Army veteran Steve King is looking forward to his first Christmas in his new home after we rescued him from homelessness during the Covid-19 pandemic.