Since the British Legion was formed in 1921, we have been the champions of Remembrance.

We have shaped Remembrance from the adoption of Madame Guérin’s red poppy in 1921, through to campaigning to define a more inclusive form of Remembrance, ensuring all those who died in service of their country are remembered. Before the 20th century, military memorials and monuments would typically only be erected to commemorate generals and admirals who died in battle, and there was little to no mention of the names of those who fought alongside them.

While the aftermath of the South African Wars saw men’s names begin to appear on memorials, it was only after the First World War when honouring and remembering all those who died in service was seen on a national scale.

Over a million men from the British Empire forces died during First World War and the sheer scale of the war meant that almost every household in Britain was affected by the loss of a loved one or knew someone who had suffered a loss.

As a result, there was a deep national need for places where the public could grieve and remember family members buried in foreign fields, and calls for memorials grew internationally. 11th November 1928: The anniversary of the day that fighting ended in World War I.

In 1919 one of Britain’s most renowned architects at the time, Sir Edwin Lutyens, was approached by then Prime Minister, David Lloyd George, to design a temporary monument for a post-First World War peace parade being held in London in July. Lutyens came up with the design for a cenotaph or ‘empty tomb’ to honour the memory of the nation’s war dead and the temporary structure was erected out of wood and plaster and placed on Whitehall.
11th November 1928: The anniversary of the day that fighting ended in World War I.

The structure struck a chord with the public and quickly came to symbolise the grief of a nation, acting as a pilgrimage location more accessible than cemeteries abroad. Due to the sheer scale of casualties in the First World War it was decided that the fallen would not be repatriated. However, this left thousands of families without graves to lay flowers on in their hometowns or villages.

Within the first week, more than a million people visited the Cenotaph to pay their respects and lay tributes. As its popularity grew the government began to face mounting pressure to make the memorial a permanent feature in central London. Ten days after the peace parade the government announced that there would be a permanent memorial on Whitehall.

Lutyens redesigned the Cenotaph to create a permanent structure made from Portland stone rather than wood and plaster.

On 11 November 1920 King George V unveiled the Cenotaph during a Remembrance service as the Unknown Warrior made his final journey through London to his resting place in Westminster Abbey.

As the procession and coffin made its way along Whitehall the King unveiled the Cenotaph to the crowd lined streets and placed a wreath at the foot of the structure.

A year later following the decision to adopt the poppy as a symbol of remembrance Earl Haig, Commander-in-Chief of the Army during the First World War and founder of the British Legion, announced that he wanted 11 November 1921 to be known as Remembrance Day. His campaigning was successful, and the formal Act of Remembrance was developed into what we know it as today. The addition of the Two Minute Silence in the Act of Remembrance came from Sir Percy Fitzpatrick, a South African author and politician. His idea was proposed to King George V in 1919, who immediately ordered that it should be held at 11 am on 11 November 1919.

As Big Ben struck 11 am, everything in the capital stopped, as it did in towns and cities across Britain.

Since then, the two-minute silence has taken place at 11 am on Armistice Day - 11 November - and at 11 am on Remembrance Sunday. The National Service of Remembrance

Each year the service at the Cenotaph is attended by the Royal Family, politicians, military representatives, veterans and members of the public who gather in Whitehall on the second Sunday in November (or the closest Sunday to 11 November). It is also broadcast by the BBC across the country for people to watch at home.

As Big Ben strikes 11 am a single gun is fired on Horse Guards Parade and the Two Minute Silence begins. To mark the end of the silence another single gun is fired, and trumpeters play the Last Post. A similar service is repeated up and down the country, and further afield, in churches and at war memorials around the world.

Following the Two Minutes Silence wreaths of poppies are laid at the foot of the Cenotaph, starting with Her Majesty the Queen, now represented by Prince Charles, and then other members of the Royal Family, politicians and guests from other nations, and heads of the different branches of the Armed Forces.

Since 1927 the Legion has organised the March Past of thousands of veterans, relatives and associations that follows the Remembrance service. Today we continue to be the champions of Remembrance ensuring that we honour those who serve to defend our democratic freedoms and way of life, from the First World War to the modern-day.

We support the teaching of Remembrance across the UK to pass the torch onto future generations.

Today we continue to be the champions of Remembrance ensuring that we honour those who serve to defend our democratic freedoms and way of life, from the First World War to the modern-day.

To mark the 75th Anniversary of D Day in 2018 we chartered a ship and took over 200 D-Day veterans and their family members back to the beaches of Normandy, and in 2019 we encouraged people to rethink Remembrance with our Tribute Ink exhibition, that looked at how tattoos have become central to Remembrance and commemoration in our Armed Forces community. 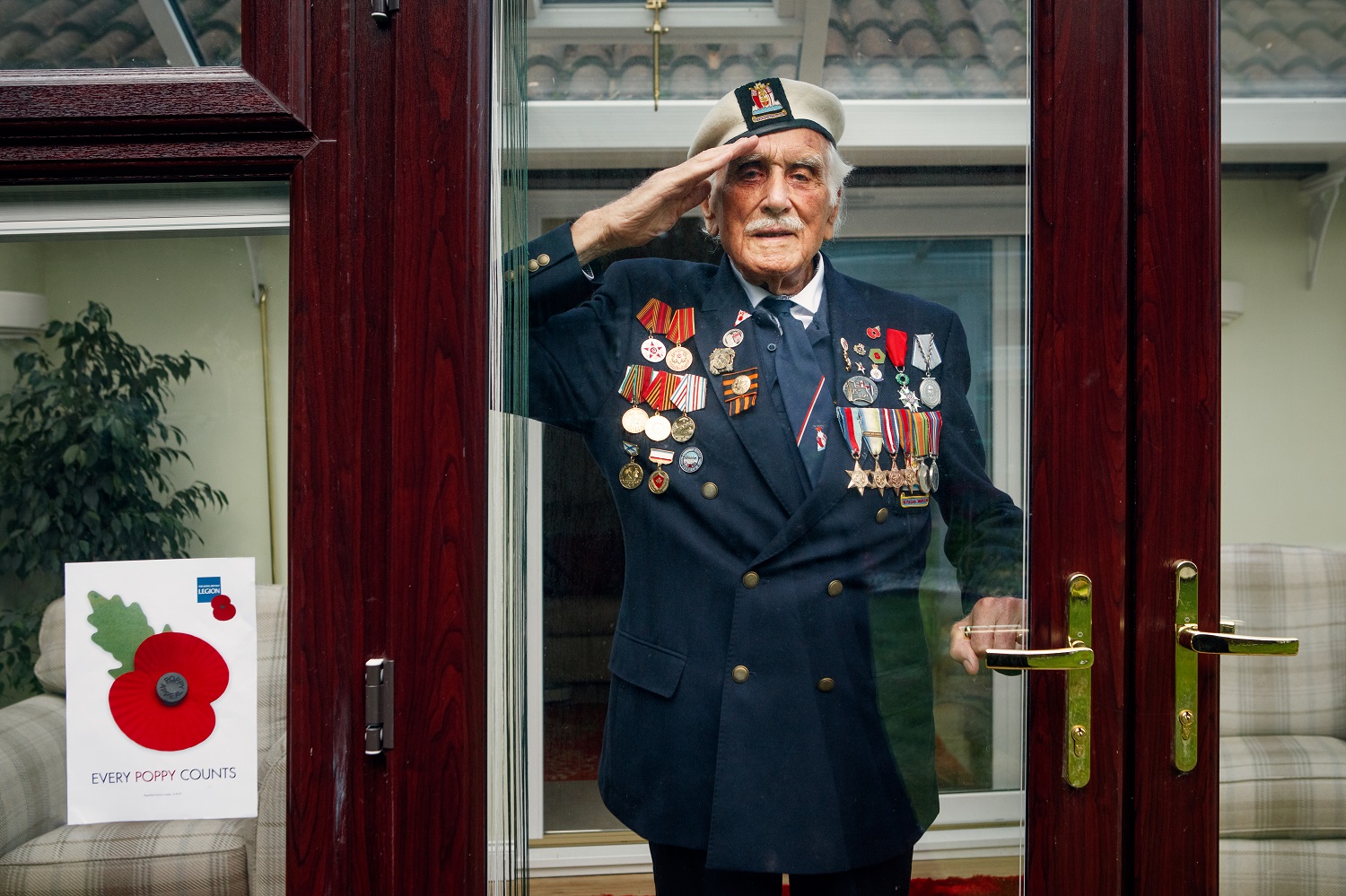 And in 2020, when the Covid-19 pandemic meant that the public couldn’t attend the National Service of Remembrance we encouraged people to get involved at home by watching the service on TV and social media and encouraged those who were unable to take part in Remembrance events to take part in the Two Minutes Silence on their doorsteps.

As we have done for the last 100 years, we will continue to champion Remembrance into the next century. When RBL chose to use the poppy as a symbol of Remembrance in 1921 it proved an immediate success, but the story of the woman behind its adoption is less well known.